U.S. To Close Palestinian Mission After PLO Refuses To Engage In Peace Talks

The Washington D.C. Palestinian Mission will close, State Department officials say, after a Palestinian attempt to prosecute Israel in an international court and after the PLO refused to come to the negotiation table in peace talks.

A statement by the State Department claims that the Palestine Liberation Organization (PLO) — the recognized representative of the Palestinian people — failed to negotiate a peace plan with Israel and instead attempted to have the International Criminal Court (ICC) investigate Israel for so-called war crimes, the BBC reports.

“The PLO has not taken steps to advance the start of direct and meaningful negotiations with Israel,” the statement said. “To the contrary, the PLO leadership has condemned a US peace plan they have not yet seen and refused to engage with the US government with respect to peace efforts and otherwise.”

PLO Secretary-General Saeb Erkat called the decision a “dangerous escalation,” and said it “shows that the US is willing to disband the international system in order to protect Israeli crimes and attacks against the land and people of Palestine as well as against peace and security in the rest of the region.”

In a statement, a PLO spokesperson, Yousef al-Mahmoud, also claimed the U.S.’s decision “is a declaration of war on efforts to bring peace to our country and the region,” adding it “is part of the open war waged by the US administration and its Zionist team against our Palestinian people, their cause and just and legitimate rights.”

“It is a continuation of US policy of dictates and blackmail against our people in order to force them to surrender,” al-Mahmoud added.

The Palestinian mission opened in 1994 and under a provision in U.S. law, the mission must close if the Palestinians do not help move the peace process forward, according to ABC.

The Palestinians have refused to participate in peace talks following the relocation of the U.S. embassy from Tel Aviv to the capital of Israel, Jerusalem. Additional tensions arose after Palestinian Authority President Mahmoud Abbas refused to halt stipends to family members of Palestinian terrorists who committed attacks on Israel despite a demand from the Trump administration, Fox News reports.

Earlier this month, the U.S. also announced that it would cut funding to the U.N. Relief and Works Agency (UNRWA) which is responsible for providing foreign-sponsored aid to the West Bank and Gaza. The U.S. provides 30% of the budget, and the decision will cost UNRWA $300 million.

“The United States continues to believe that direct negotiations between the two parties are the only way forward,” Heather Nauert, the spokeswoman for the U.S. State Department, said in a statement. “This action should not be exploited by those who seek to act as spoilers to distract from the imperative of reaching a peace agreement. We are not retreating from our efforts to achieve a lasting and comprehensive peace.”

An additional condition of the mission, NBC News reports, requires the PLO to refrain from calling on the ICC to prosecute Israel.

In a speech at the United Nations last year, Abbas called for the ICC to investigate and prosecute Israeli citizens, reports the Washington Post.

"We will provide no assistance to the ICC. And we certainly will not join the ICC. We will let the ICC die on its own. After all, for all intents and purposes, the ICC is already dead to us," Bolton said.

In response to threats of an ICC investigation against U.S. for actions in Afghanistan, Bolton reportedly threatened to ban ICC judges and prosecutors from the United States, and suggested imposing sanctions on their any funds they had in the U.S. financial system. Bolton added that these measures would apply, additionally, to companies and countries assisting the ICC's investigation.

The ICC was formally chartered in 2002, but the Bush administration refused to sign on to be bound by the international court, a charge led by Bolton, who was a top State Department official at the time. According to The Hill, Bolton claims his push to prevent the U.S. from signing on to the ICC is “one of my proudest achievements.”

This article originally featured on DailyWire.com 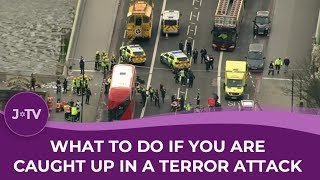 WATCH: how to react in a terror attack 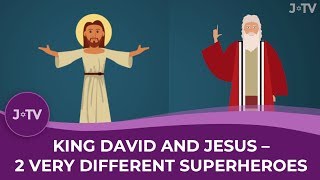 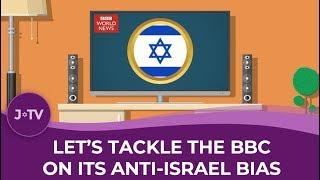 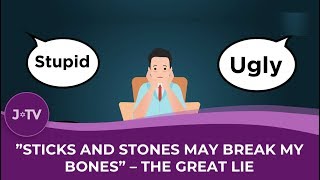 WATCH: Sticks and stones do break your bones 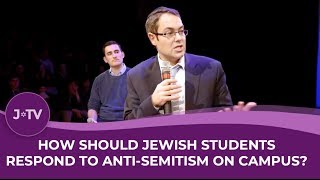 WATCH: Anti-Semitism on campus? How to respond… 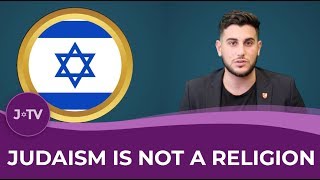 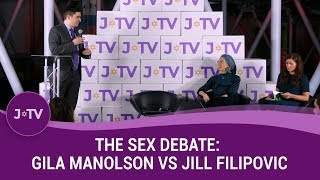 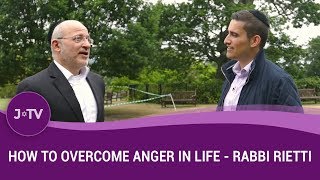 WATCH: How to overcome anger in life... 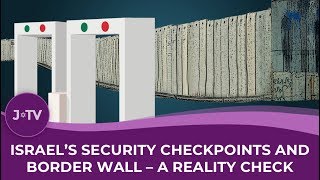 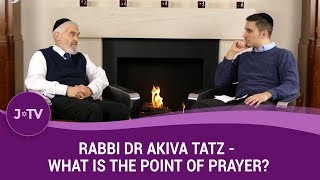 WATCH: Do I really need to pray? Rabbi Tatz explains why...

If You Are Connnected, You are Disconnected

Netanyahu to World: Fight Iran Like You Fight ISIS

U.S. Ambassador to Israel: We've Thrown Billions To Palestinians, Peace Is Not a Millimeter Clos

At Hebrew University, all students will study entrepreneurship

Love is Based on Giving

U.S. To Close Palestinian Mission After PLO Refuses To Engage In Peace Talks